After my last physical and mental victory, of running 20 minutes, I was on a high...
And then that very afternoon I became violently ill.

Oh yes, tummy bugs are only pleased if they visit me at least once every 4 months. My time was due. And it wasn't pretty.

So, I put my running on hold for a week, to fully recover, and started week 6 a week after I finished week 5.

Day 2 was two 8 minute runs, and I found it a bit easier than the previous run. But in my cool down I was so dizzy I had to stop and sit down several times.


I wasn't sure if I should repeat the start of week 6, or continue. I decided that because I had completed the first two runs, I should at least give the third (a 25 minute non-stop run) a try. So I did, and strangely enough it was the easiest of the week. I must have been fully recovered. To be fair, I was going snails pace, but to me actually running for 25 minutes was more important than going far- I aimed to improve on that in week 7. 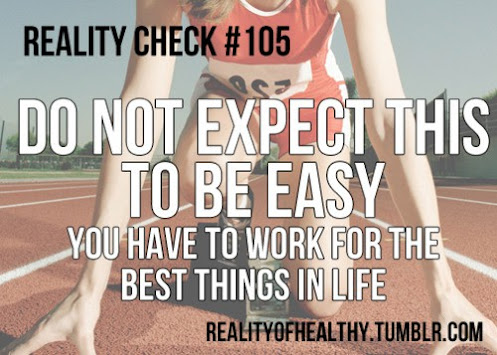 Week 7 is just (well not *just* hahaha) three 25 min runs. It was Christmas week, so I was running in a new place (near my hubby's parents house) with our weird Christmas weather. The first run was a piece of cake, as I went very slowly again. On the second run I tried to take it up a notch, only to be set back by the heat and I ended up walking a bit.

The third run I was back at home, and I enjoyed being on the route I knew again. It means I can easily see my progress. On this route I went another 1/2 k further than I had run before. Seeing how much further you can get before the halfway warning is quite encouraging. Even though I went further and faster, I did need a 30 second walk when I was going uphill with the wind pushing against me. I've decided not to take the occasional short walk as a failure, because I am still getting further each time.

So I'm now running 4-4.2km each time, so I am not too far off the 5k mark. I will be off in more weird and wacky places over the next two weeks (the last two weeks of the program), and I'm not sure if that will hinder or help me, but here's hoping I can make it to 5km!


How are you doing in your couch to 5k training?

(all photos linked to original source.)