HJ has been in our lives for 20 loud, colourful, cheeky months now.

While we had a tough beginning with Ada, her later years have been relatively easy, in the scheme of things. Never one to be the same as his sister, Hunter's beginning was a dream, and as he has grown and become affectionately known as #adventureboy, his later months have been a whole new level of full on. 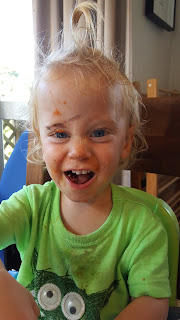 Friends and family have been witness to the fact that I can rarely sit down, or get one task finished in Hunters presence- he is simply too fast and too quick getting into mischief somewhere else. I am now the mum signing the accident book nearly every day at daycare, or having 'the chat' about my toddler hitting or biting others. 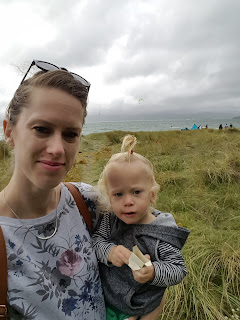 It has taken me a long time to find my way as a mother to this boy who is so enthusiastic about everything.
He has shown me his world, and it is one I had never encountered before.

His love of bins (he affectionally points every bin out on our travels.)

His love of dance (ANY beat can be danced to) and singing. 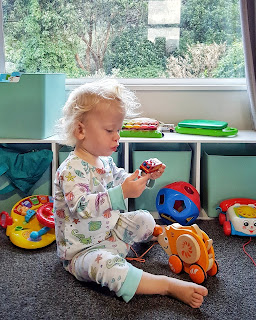 His friendliness- he loves to point at people and wave 'bye bye!'

His love of baby dolls (we use these as a learning opportunity for being gentle.)

His fully body hugs, where he climbs and clings onto you and has the hugest grin on his face.

Everything is an adventure. Meal time, nappy change time (can I touch some poop?), car rides (I can see a truck!), bathtime. There is nothing that Hunter can't get excited about. While myself, Matt and Ada might prefer to chill out, Hunter always has energy to go at life at full tilt.

So yes, my adventure boy could also be called 'tire mum out boy,' but I wouldn't have it any other way. 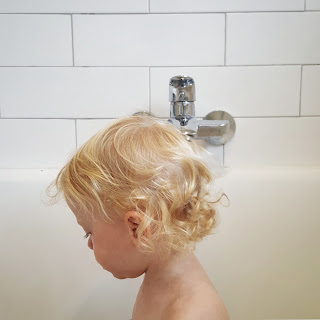 Hunter John, we love you and your spirit, Keep on being our adventure boy
at 14:26

Email ThisBlogThis!Share to TwitterShare to FacebookShare to Pinterest
Labels: Motherhood